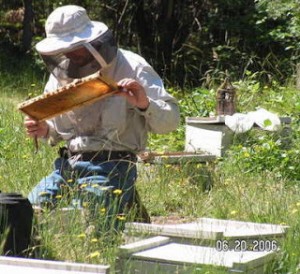 Old Sol Enterprises LLC is a family run business that endeavors to promote sustainability and the environment at large. In an effort to achieve these goals, Old Sol works to implement concepts including organic farming practices, permaculture, Integrated Pest Management, profitable habitat restoration, and other innovative farming practices.

Login to check your balance or redeem rewards

Queen replacement is a natural phenomena in a honeybee colony. In nature, honeybees will naturally attempt to supercede old or failing queens by rearing a new queen from a young larvae. This process often works on its own, however the beekeeper can do much to assist in the process and greatly increase the chances of success and save time and resources. Annual queen replacement has long been considered a best management practice. There are several reasons for this. Firstly, young healthy queens very vigorous and tend to lay more and faster, especially if installed after the the summer solstice. Secondly, leaving things to chance for the colony to replace a marginal queen on their own usually means a decline in productivity and a chance the virgin could be lost on a mating flight without enough time for the colony to build up strong for winter. Eventually queens just plain wear out with time and management. Queens can only store so much semen, and stresses from mites, treatments, the environment, and management practices that encourage production early and often all take a heavy toll on queens. Lastly, young queen are less likely to swarm next spring. So if you would like a vigorous queen at the helm of your colony this fall and next spring consider requeening this summer. Especially if you have an older queen that is not quite laying like she used to, and has experienced a bout with high mite loads. The year is half over so clean the mites up and order a new queen from well vetted hygienic Survivor Stock today. 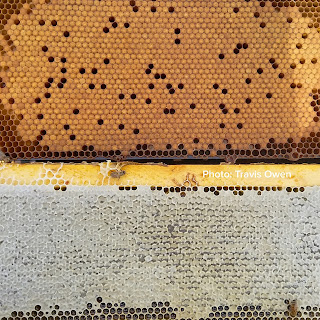